Home is where I feel safe and like to be as much as possible, apart from my studio. I always have projects on and there is always something to do or fix. I don’t get country cottages and spending hours travelling to and forth. In fact I really do not like travelling at all. 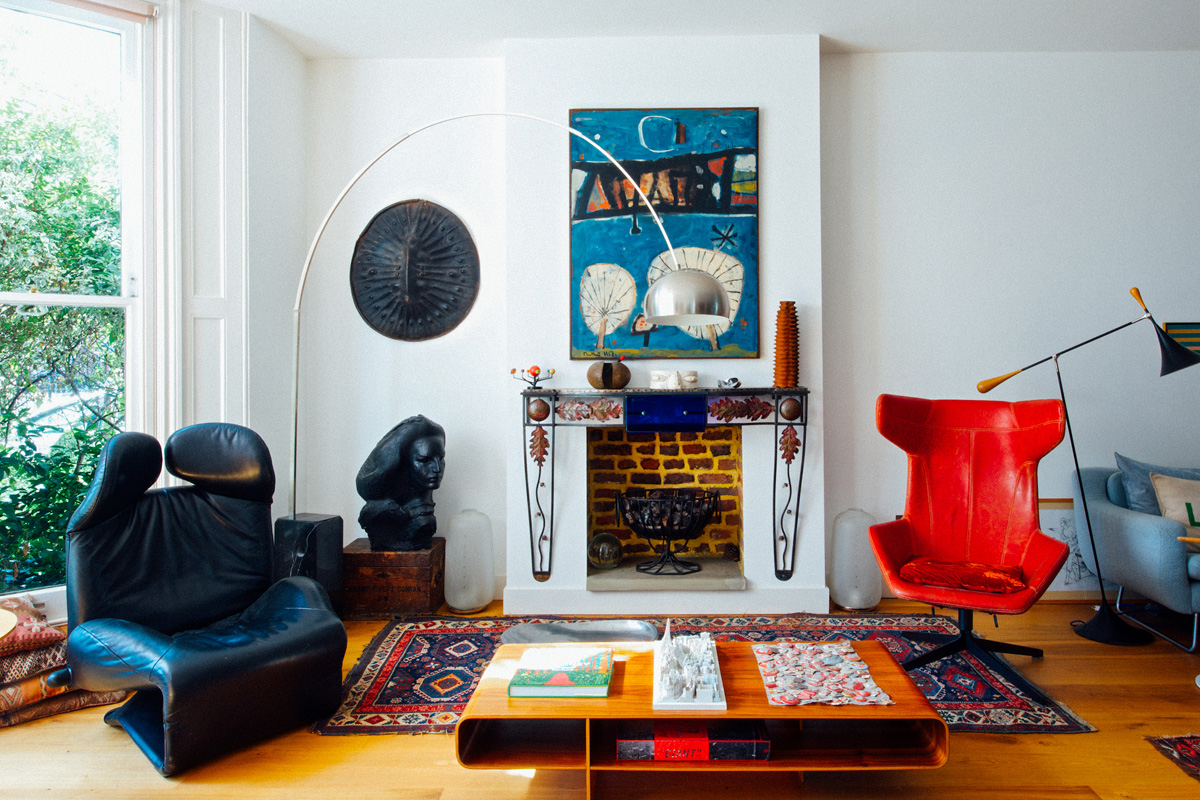 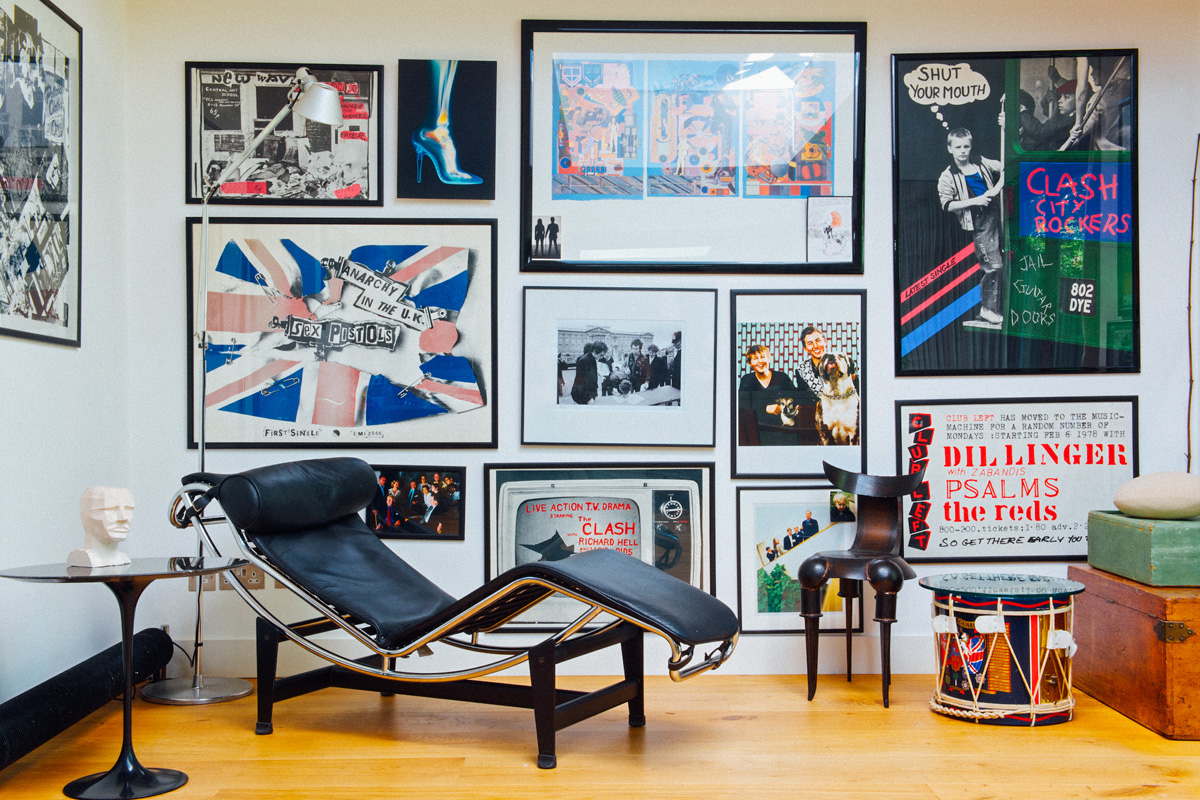 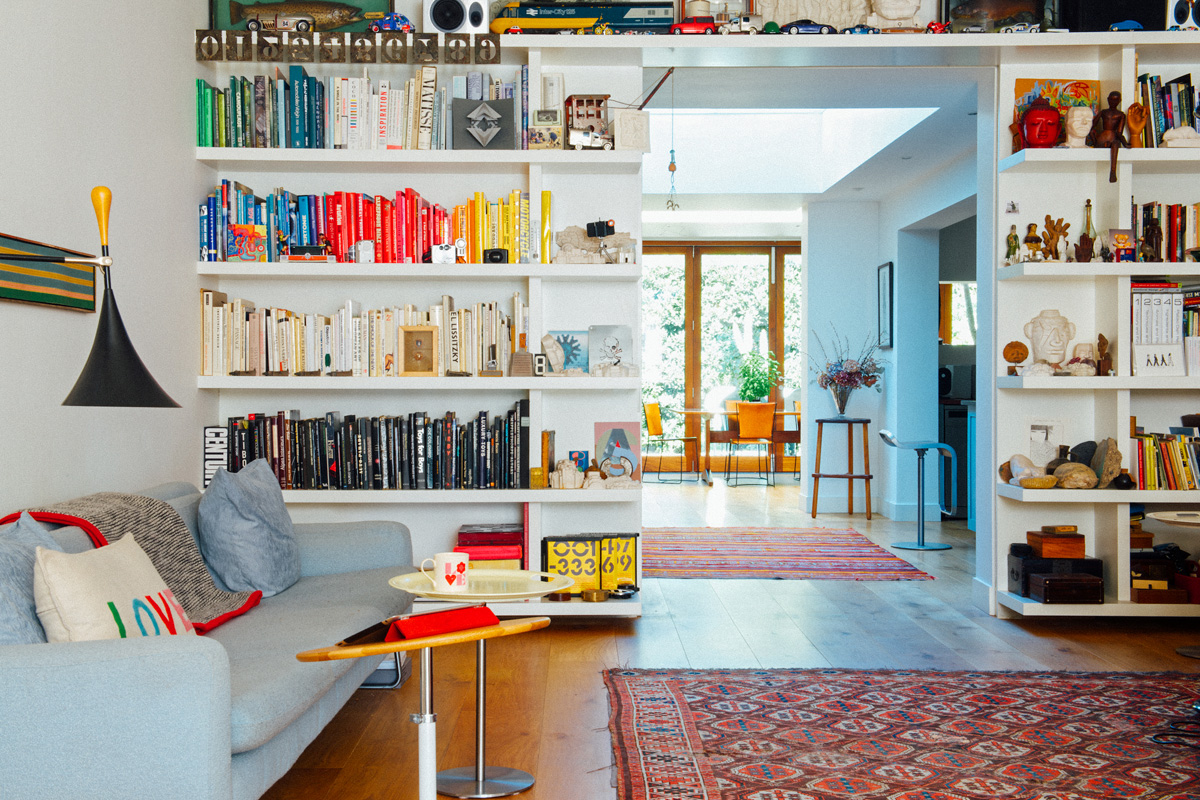 Being part of the Conran dynasty, it is not surprising that Sebastian Conran’s home is a supremely stylish space. Sebastian, son of Sir Terence Conran, and brother of the fashion designer Jasper and homeware designer Sophie, lives with his wife Gertrude in a semi-detached Victorian terraced house in Bayswater, West London, which he likens to New York City because of its buzzy, creative atmosphere. His home is his retreat, where he spends most of his time, “Home is where I feel safe and like to be as much as possible, apart from my studio,” he says. “I always have projects on and there is always something to do or fix. I don’t get country cottages and spending hours travelling to and forth. In fact I really do not like travelling at all.”

Sebastian found the house in 2002 and it felt like serendipity had led him to it. “When I was a child my step-aunt lived in the house next door and I always thought I would like to live in a house like that,” he recalls. He also loved the fact that the ground floor is at street level, which is good for bicycles of which he is a fan, and there was potential to open up the ground floor into a huge open-plan space, where the couple now spend most of their time.

“The garden was dead, the place was infested with mice, there was a rather shoddy extension and no fenestration on the windows,” says Sebastian. “It felt a bit soulless and unloved.” Seeing its potential to be a warm and functional home again, Sebastian ripped out the whole of the ground floor, stripping it back to the bare brickwork, stripped the floors down to the earth and put in a new floor, walls and ceilings. The result is a series of rooms that function both separately and as one interconnected space.

Although Sebastian does have his own work around the house, such as the Radius Table that he designed for Universal Expert and his range of homeware for John Lewis, he prefers to live with furniture, art or objects that he has been given or collected along the way, things that tell the story of his life. One wall in the living area is covered solely with framed punk posters from Sebastian’s student days – while studying at the Central St Martin’s School of Art he famously got the Sex Pistols their first booking.

His designs for John Lewis are in evidence in the kitchen, while he attributes his modernist, eclectic taste to his father’s influence. Books are carefully organised according to colour. “Having grown up in my father’s house, been a roadie for The Clash, being interested in mechanics and passionate about making and inventing things, they all show their scars,” he says. “I have a lot of bits and pieces, so I wanted an airy neutral space with lots of light so that it didn’t get cluttered.”