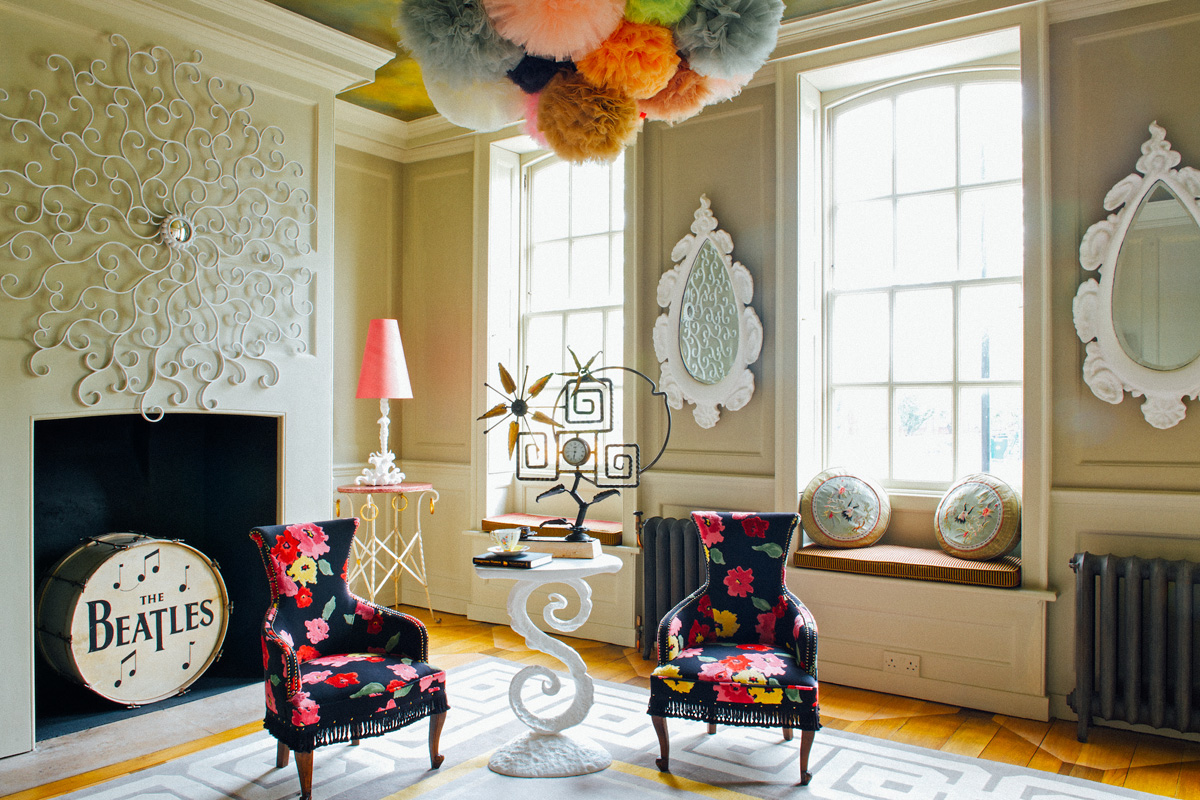 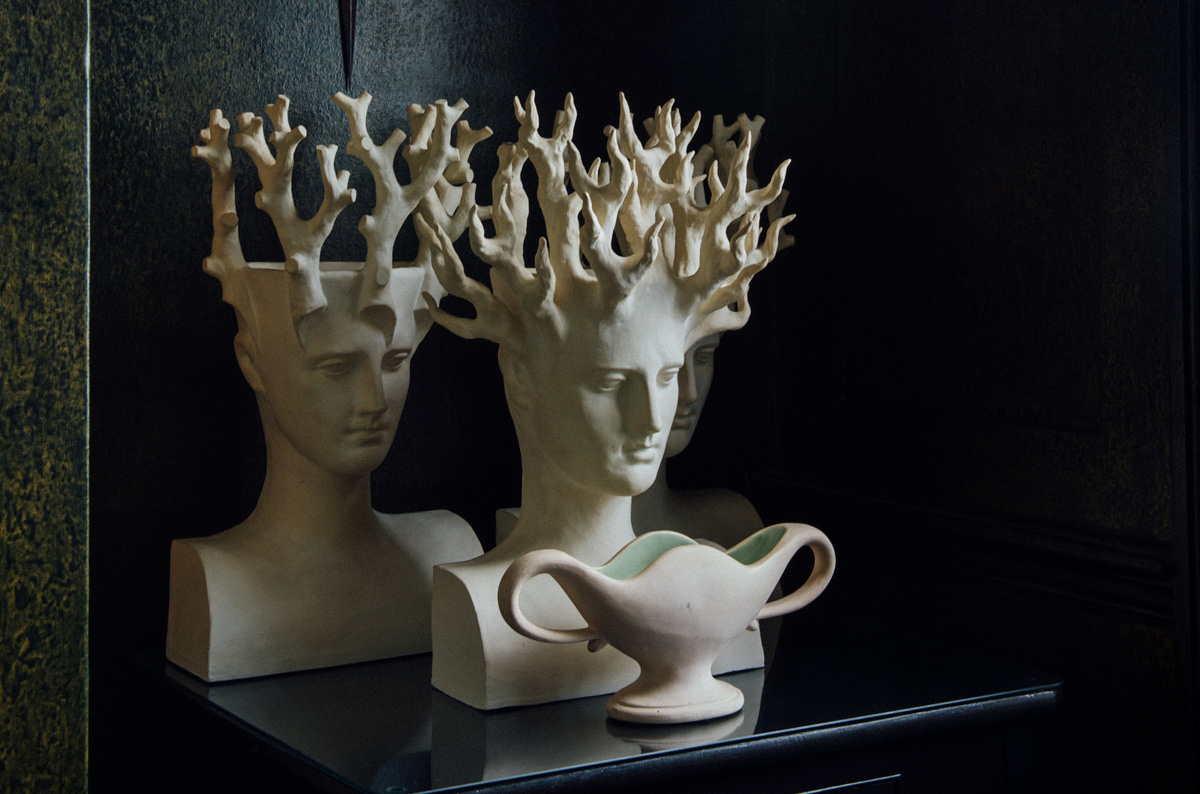 Interior designer David Carter has enjoyed international acclaim for his eclectic sense of style, which is both theatrical, luxurious and witty. Despite having no formal training in design, he rose to fame when his former flat in nearby Islington was featured on the front cover of World of Interiors and the founding editor, Min Hogg, contacted him, promising to feature any future projects he worked on. David, who had been working in fashion but had always had a passion for antiques and interiors, did indeed go on to design more projects and rapidly filled more than forty pages of the magazine with his designs for clients around the world. “The people who approach me genuinely want something different, they want something quirky and completely unique, truly bespoke with an element of theatricality,” David says of his clients. “If you’ve worked hard for your money then you deserve to have the house you want, live out your fantasies and have fun.”

His elegant Queen Anne townhouse in Stepney Green, East London, is replete with architectural details from eighteenth century panelling to wooden-box cornicing and has no fewer than eight original fireplaces. Furnished with an eclectic mix of modern and antique furniture and art, such as seventeenth century antique chairs, nineteenth century day beds and contemporary pieces by the sculptor Mark Brazier-Jones, David has added his signature theatrical flourishes to every room with props such as giant pompoms, masks, whips and top hats. “I love referencing all sorts of different periods and trying to capture the spirit of an age,” he says. “I love playful historical references rather than pedantic historicism.”

The house was built in 1717 by John Ireland and the row of houses, now on Mile End Road, was originally named Ireland’s Row. David bought the house from the Spitalfields Historic Buildings Trust and was awarded a substantial grant from English Heritage to restore the house, which was one of the earliest uniform terraces left in London. “The grant was conditional that we respected the fabric of the building and restored as much as we could, using what was left as a template,” says David. “In the sitting rooms it was wooden box cornicing, which was a huge job to recreate.”

When David started work on the house it had no roof and was derelict, inhabited only by pigeons. “The area was very unfashionable then but I’ve always loved East London and I fell in love with the house,” he says. It took two years of major structural work to make it water tight and habitable before any serious restoration or decoration could begin. David used what remained of the original panelling and cornicing on the first floor to recreate the original features throughout the house and painted many of the rooms himself, creating a different story in each room. “A good home is like an autobiography and should reflect your life, your tastes and your passions,” he says. David’s talent for story telling has fuelled much of his inspiration. On the ground floor he has created a sensual drawing room inspired by the brothels and opium dens of Shanghai that were frequented by wealthy travellers in the 1920s, while his bedroom is an homage to Marie Antoinette’s boudoir in Versailles and the first floor sitting room is inspired by a classical music room. “I love mixing styles, it’s all about composition, colour and textures,” he says.