I’ve always worked as an individual and enjoyed trying out different ideas and turning them into clothes. I go straight to the source for inspiration, drawing things in India or Mexico that lead to the ideas that I develop. 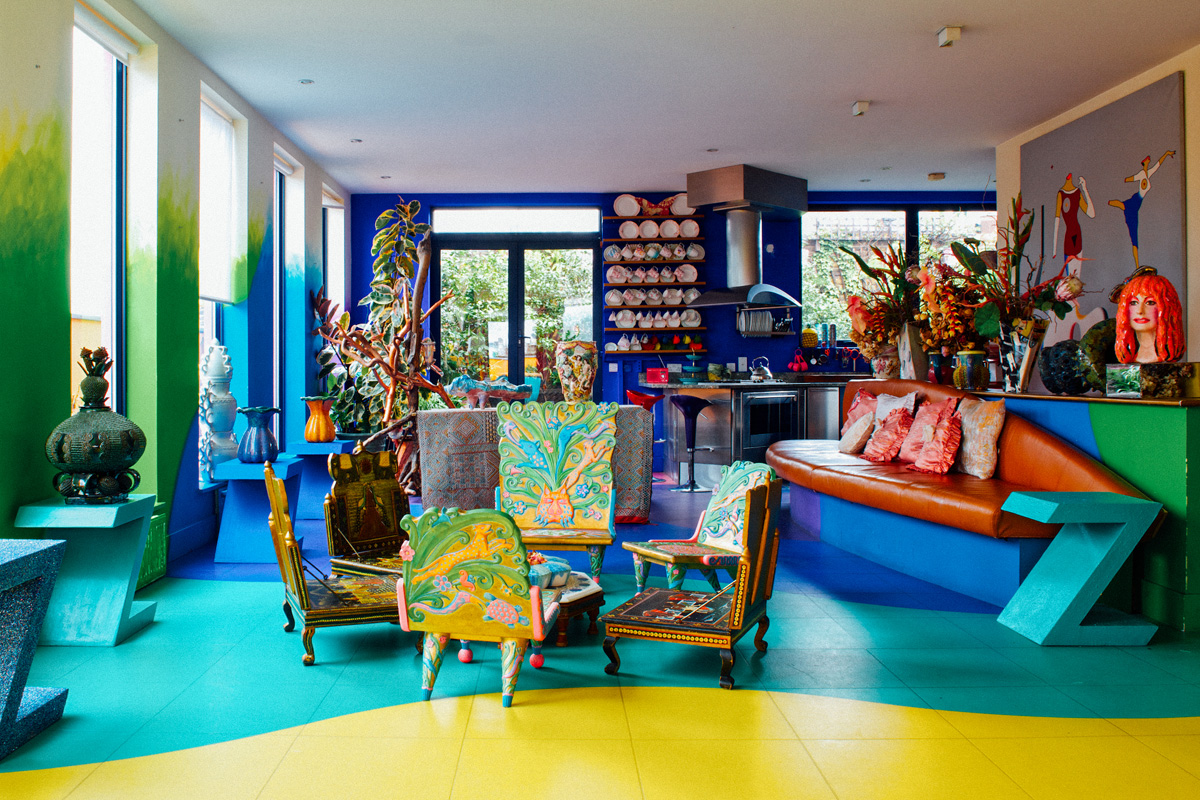 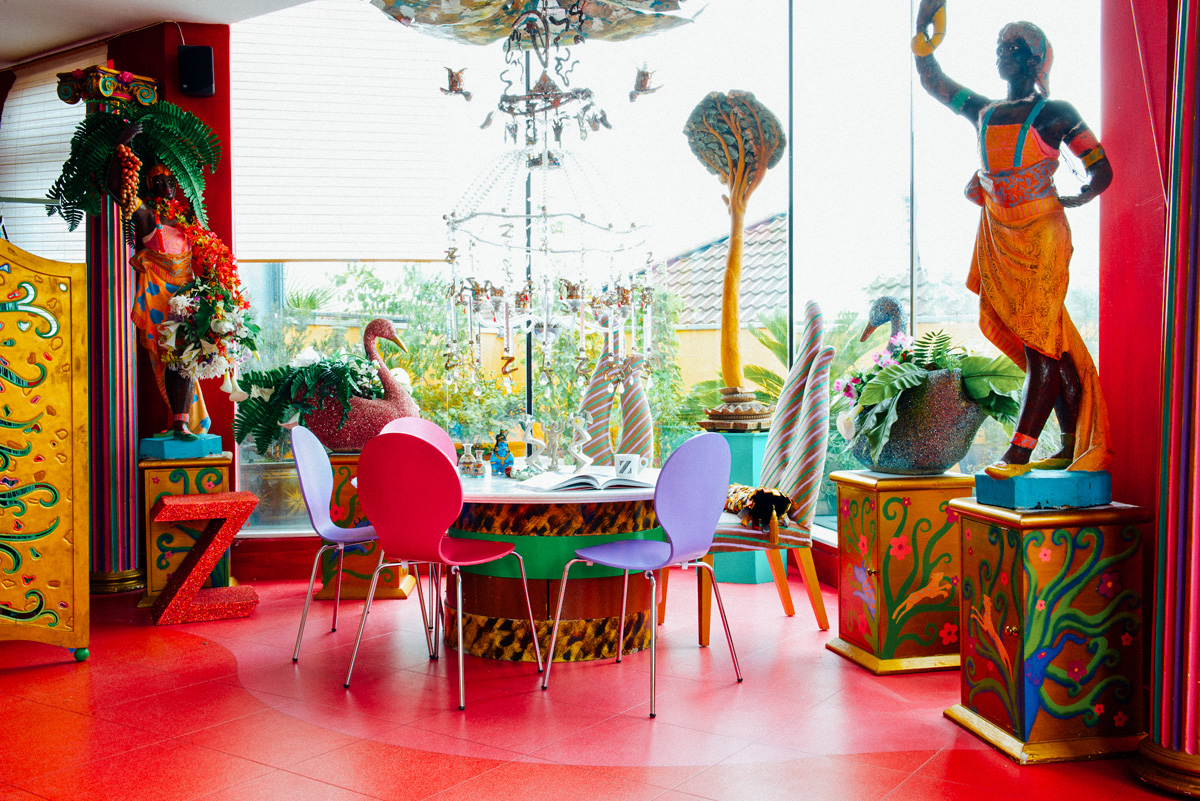 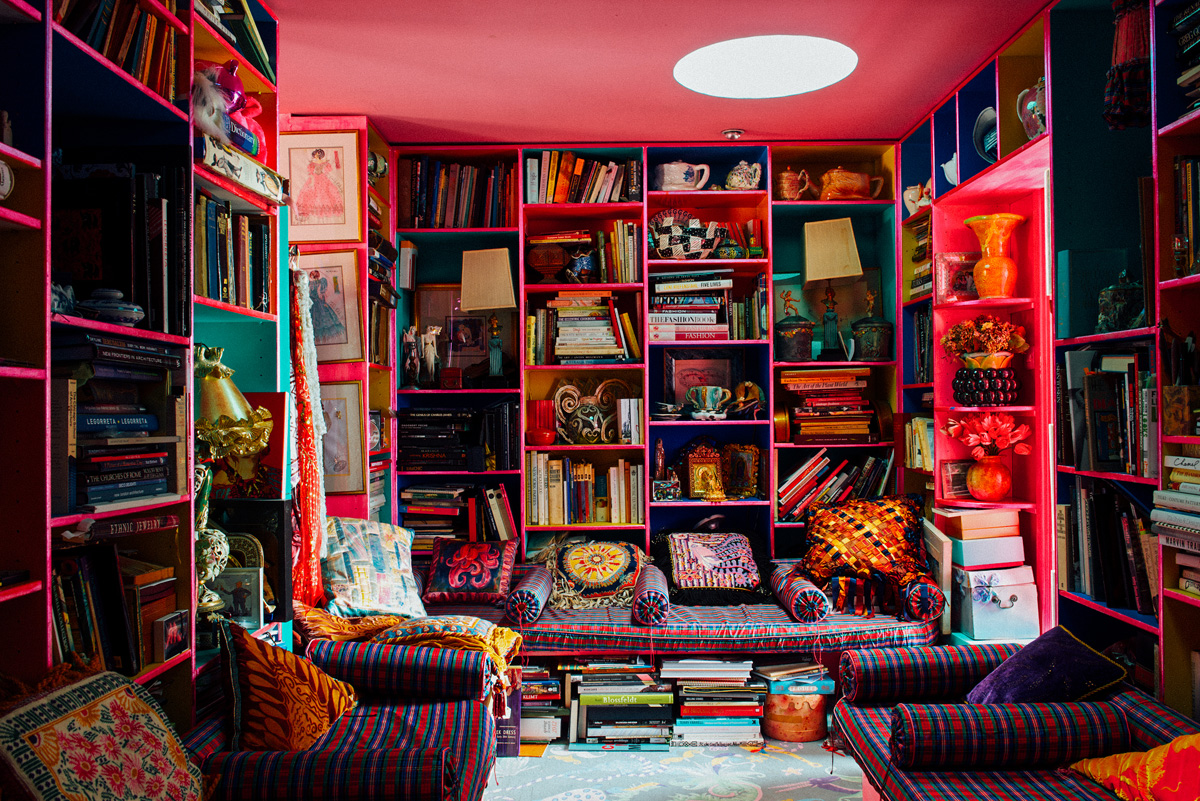 Meeting the legendary fashion designer Zandra Rhodes was a dream come true. Fresh off a flight from the US, where she spends most of her time, Zandra was bursting with enthusiasm and energy, running up and down the stairs between her penthouse apartment and her studio like a teenager. Amazing.

Zandra’s extraordinary career spans more than forty years. Her bold and colourful designs have made her a fashion icon and she has dressed women from Bianca Jagger and Debbie Harry to the Princess of Wales and Kylie Minogue. With her trademark pink hair, blue eye shadow and theatrical outfits, her home is every bit as vibrant and colourful as she is and reflects her extraordinary talent.

Zandra lives in a penthouse apartment above the Fashion and Textiles Museum in Bermondsey, which she founded, and her design studio on the floor below. She had always dreamed of creating a fashion museum in London and her close friend, the artist Andrew Logan, spotted that the building was for sale. “I looked at this giant building with a bomb site on the other side of the road, and realised I could bring my work room, my print room, all my work here and live in part of it,” says Zandra. “So I moved everything into one building”.

Zandra had the entire open plan living space painted like a rainbow when she first moved in, drawing lines for the colours herself with chalk and commissioning the tile company Antico to create the swirling coloured floor. Several pieces of art by Andrew Logan are on display including mosaic busts of Zandra, colourful lamps and an enormous mirrored sculpture of Ghandi. Chairs in the shape of Zs, originally created for Zandra’s flagship stores in the 1970s, are dotted around, while a mannequin called Ethel oversees proceedings, resplendent in Zandra’s original designs.

In her design studio below, pattern cutters and assistants are busy preparing Zandra’s latest collections. A labyrinth of studios leads to her printing room downstairs where the patterned fabrics that she is so well known for are still hand printed on silk screens. “I’ve always worked as an individual and enjoyed trying out different ideas and turning them into clothes,” she says. “I go straight to the source for inspiration, drawing things in India or Mexico that lead to the ideas that I develop.” Zandra’s colourful and dramatic textiles and clothes are still influencing the way we dress today, “I think there is quite a lot now that is secretly influenced by what I do, but people don’t even realise,” she says.