We’re very eclectic and rock n roll in our taste and it’s certainly not minimalist. We like to put our own spin on things and we try to put our personalities into our work. 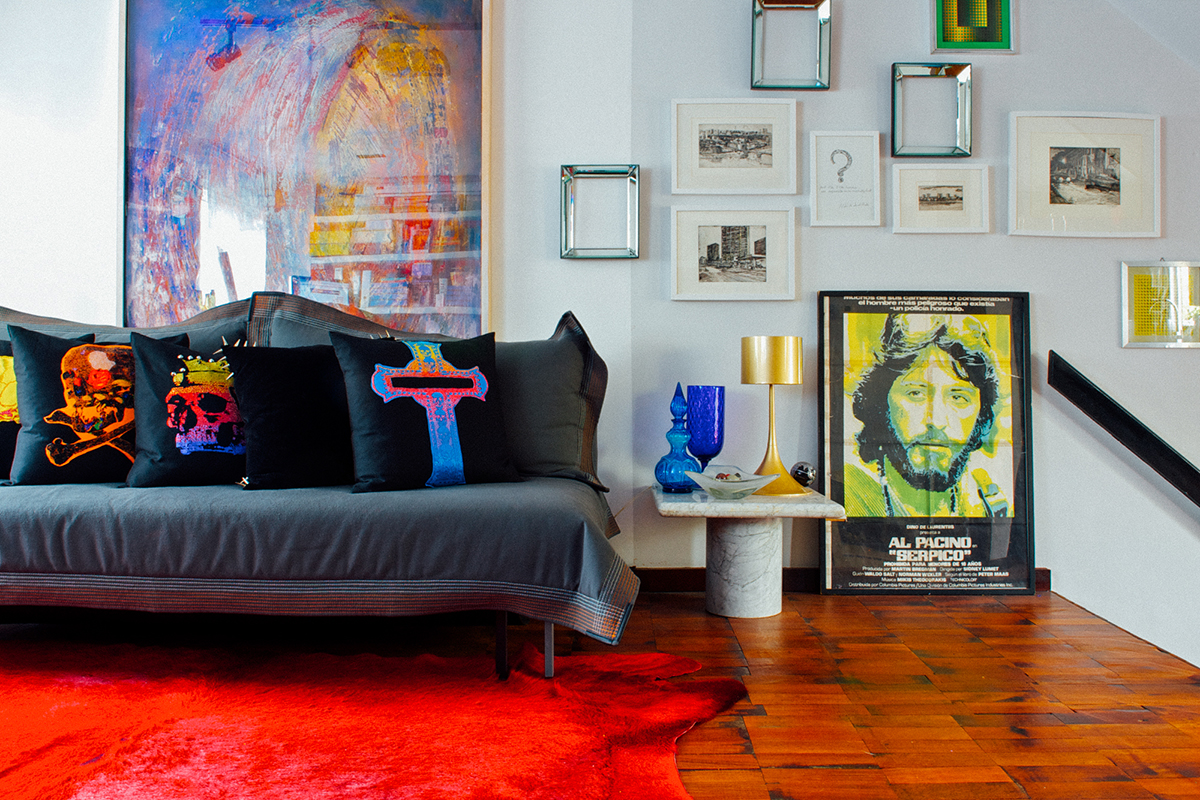 Stepping through the door of Joelle Talmasse and Matyn Gayle’s West London ex-council house feels a bit like you have fallen down the rabbit hole. The Alice in Wonderland vibe of their home reflects their love of quirky colours and unusual textures, which features heavily in their interiors collections.

Joelle and Martyn, who run the interior design and bespoke furnishings company Breaad, took inspiration from the large loft spaces that they had previously lived in and set about completely remodelling the house to maximise the sense of light and space. “We loved the light and wanted something with space in Notting Hill, which is usually very expensive to find.” says Martyn. “To start with, we thought it would just be an investment but when we came into the house, we realised we wanted to live here.”

When it came to the interiors, the the house provided a blank canvas for them to create bespoke living and sleeping spaces for their young family. Joelle trained as an artist and painter but later found herself working in interior design, while Martyn, who was previously a session hairdresser, working on shoots for Vogue, I-D and The Face, collaborates with Joelle to design and produce furniture and lighting collections, much of which is to be found in their home.

“When we met, we had all these great ideas together so we decided to start collaborating,” he says. “I made several prototypes for lighting and furniture, which we showed at Maison et Objet in Paris and the response was amazing. We were asked to go and exhibit in New York and Milan and it took off from there.”

In the open plan sitting room the couple have used a palette of bold colours, combining their own designs with customised vintage furniture, while one of Joelle’s paintings takes centre stage. The couple’s designs are everywhere from the large French-inspired sofa covered in their own cushions to the theatrical bench upholstered in vintage denim and rhinestones overlooked by a lamp customised with more denim.

“We wanted to create a unique space,” Martyn says. “We’re very eclectic and rock n roll in our taste and it’s certainly not minimalist. We like to put our own spin on things and we try to put our personalities into our work.”