I like a simple life and I don’t need a lot, so I’ve filled the house with things that really speak to me. Everything I have is here because it is saying something with a wonderful colour or shape and it needs to be looked after. 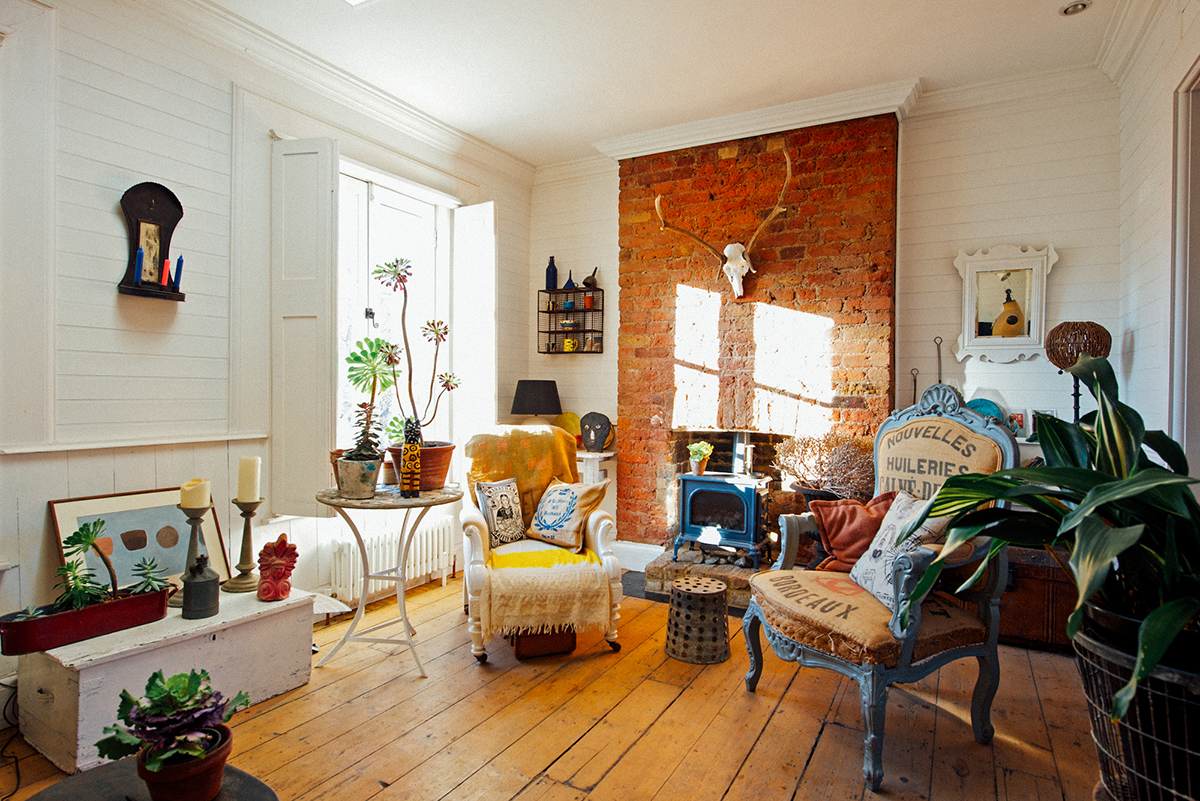 Stephen Wright lives on a quiet, leafy street in East Dulwich in South London. It’s a street much like any other with rows of small Victorian terraced houses, most painted white with beautiful front gardens and a large church stands proudly on the corner. One house, though, stands out with its tall cobalt blue fence that obscures the house and a hand made sign that reads ‘House of Dreams’. Inside Stephen has created a constantly evolving installation of brightly coloured mosaics, sculptures and paintings, inspired by the outsider artist movement and the folk art of Mexico, India and Haiti. Quite a surprise.

“I wanted to make something substantial,” he explains over a cup of tea. “So I started with a mosaic on the ground floor and it grew from there.” Four years into the project Stephen’s partner, a costume designer who had been working on the house with him, died and Stephen didn’t know whether he wanted to continue. “I had a year off from the house,” he says “But then the following year both my parents died and as an only child that was very difficult.”

The loss of the three most important people in his life in such a short space of time prompted the work to move in a new direction, exploring his response to loss and grief through Mexican-influenced sculptures and the written word, which he displays in a riot of colour and texture throughout the ground floor and garden. So extraordinary is the work that the house will eventually be taken over by the National Trust.

Stephen’s private space upstairs is a world away from the challenging work that he has created on the ground floor. “Downstairs, the museum is a celebration of my relationship with Mexico and my past while upstairs is about me living by the sea side in a beach hut, in seclusion,” he explains.

The light-filled rooms offer a peaceful sanctuary from the hustle and bustle of London life and have been decorated to remind Stephen of the coastal retreats that he loves to visit. “It’s my sea side make-believe fantasy,” he laughs. “I wish I did live by the sea side, but here I am in Dulwich!”

Wooden cladding on the walls and white painted floorboards remind him of the beach while large sky lights allow the sun to flood in, giving a constant source of light even on London’s dullest days. “I go to the coast a lot and I’ve studied the feel of the houses there,” he explains.

“What I have taken away is the simplicity of that environment – I like a simple life and I don’t need an awful lot so I have kept the space light and filled it with things that really speak to me. Everything I have is here because it is saying something with a wonderful colour or shape and it needs to be looked after.”